@Seb My Man… Never fails to impress me! 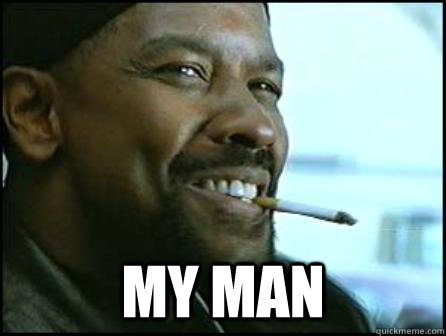 Finally although not directly inside IF still an easier solution.!

EEEK!! I LOVE this! I’ve been wanting to do something with green screen since seeing a similar project here (watch at the 7:52 mark): https://www.youtube.com/watch?v=ZCnB3gG6YBc

THE JOY IS REAL.

@seb you are a real magician when it comes to push Intuiface to uncharted territories. Well done and thanks for sharing your R&D process in detail.

@bomee.lafitte I want to go someday!

Very very cool, congrats!! Dozens of clients asked me about this project. Nice to know we can do it in IF

This is great @Seb. Thanks for putting this together. In the Cowboy’s experience the user selects 5 players and it plays back a video of each player, as they are each selected. Have you attempted or have you had any success using this method to process 5 videos using P5.js and Seriously.js and composite them in Intuiface?

I didn’t try this, mainly by lack of time and proper content. Video resolution and JS scripts should be optimized to process such a multiple video rendering smoothly.
If you do this test, please let us know how it goes

@Seb When we testing we opted to just have pre-baked files based on user selection. That said, we ran into another roadblock. The webcam displays an inverted image, like a mirror and of course this is what you expect from a camera. However, once the image is taken, there needs to be a way to invert it. If you notice, in the Dallas experience the image is inverted before displaying the final photo. This is really apparent when people are wearing shirts with print or numbers on them.

We thought we could achieve this by simply switching the dimensions of the photo to negative as this is how it’s accomplished in Photoshop, but Intuiface doesn’t seem to support this. Any thoughts on how we might reverse the image within Intuiface? This ended up being a dealbreaker for us unfortunately.

One way that you could try would be to

This is a really cool application, and we are looking to use this technology during Christmas at shopping malls throughout the U.S. As in Brian1’s case, the fact that the cam displays the user transposed as if looking in a mirror is going to be a dealbreaker for our customer. In addition to Seb’s idea of using a script, maybe at the Windows OS level the camera can be directed to flip horizontal, or maybe a third party video cam with its own software can be directed to do so.

Hi @shpeterson,
Did you try to just uncheck the “Mirror image” property of the webcam to see if would fit your needs? 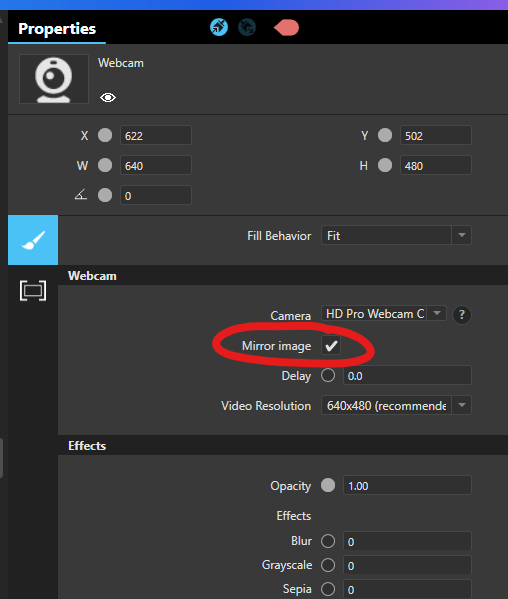 Thanks Seb. If I had only thought to look at the webcam settings I would have seen that by unchecking MIRROR IMAGE, that the snapshot taken does not have the user mirrored in the photo. The only thing that is a bit non-intuitive is that when the user positions himself/herself for the snapshot, they move in the opposite direction expected when looking into a mirror. Moving left is actually moving right and visa versa.

Usually, we want to use a mirrored image in the live feed to make it look like a mirror. When the user moves his right hand, it’s the hand on the right side of the image that moves.
The question is about the added content (green screen video): is it mirrored or not?

Note: in this quick XP, I added the green screen video directly in the webcam feed in OBS, using OBS Virtual Cam as my Webcam asset source. This is why she is “un-mirrored” as well, going from the left to the right of the frame. If she had been added with the method described in this thread, she would have stayed on my left, somewhere in the red circle 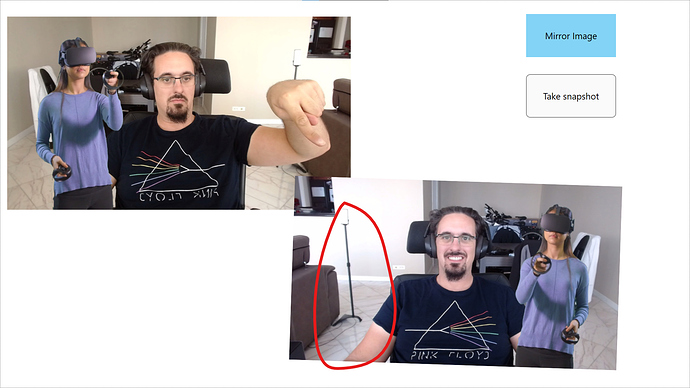 To build the XP: 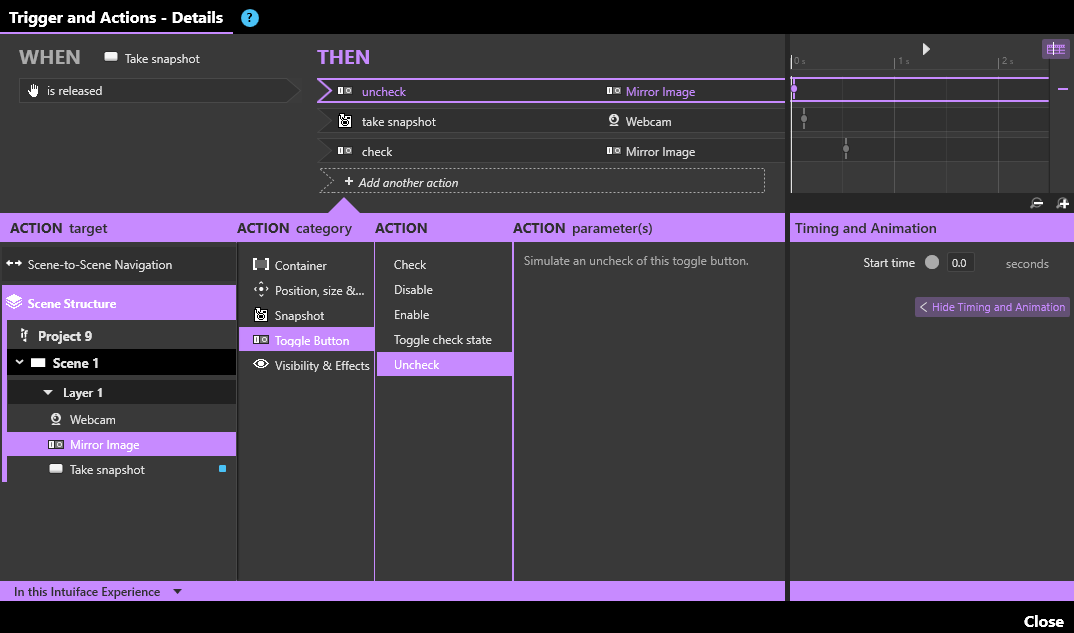 This makes sense Seb. I watched the Dallas Cowboys video again and studied it very carefully. They use a bit of trickery to achieve their end result. In the attached image, the first three sequences show the players “right reading” (jersey numbers display correctly). This is before the webcam is turned on.

Once the user makes his/her player selections, the players walk in transposed (jersey numbers “wrong reading”). The webcam is turned on and the user is also transposed (easier to position themselves as if looking in a mirror).

The snapshot is taken, and the script flips the image back to being right reading so jerseys and the user are displayed un-transposed.

This seems to make the most sense and if the position area for the users is narrowly defined, the shift from left to right will be minimal. 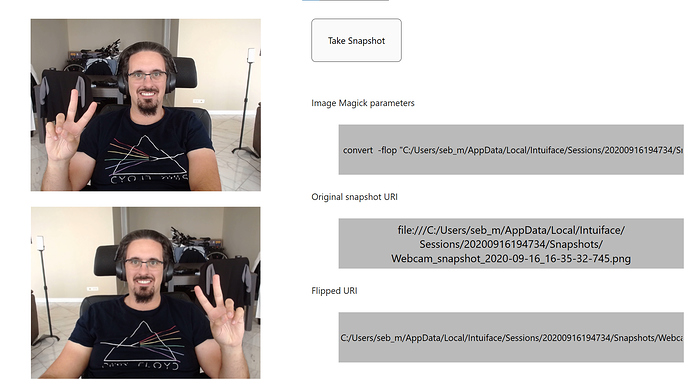 After installing ImageMagick, make sure the right path is inserted in the Launch Application action

Very cool Seb! I will test it out. This will make the final flip easy before presenting to the user on the kiosk to either print or email.

By the way, love your T-Shirt.

I modified the XP from Community-FlipSnapshot.zip with the path to my installation of ImageMagick. The flipped image lands in the location shown the Flipped URI. However it does not display as Image1 below the webcam; I just get a spinning wheel.

Is there another location in the XP where I need to specify the path for the flipped image to display?

If you want to take a looked, you can find my published experience called: Community-FlipSnapshot -SP, which I shared with: xp-for-support@intuiface.com

I downloaded your experience, replaced the Launch Application path for my magick.exe process to be found and your XP worked for me out of the box.

The new image should be generated in the same folder saves the snapshot.
When you click on the “Take snapshot” button, you should see the result UTI in the last text input field.
Copy it in your Windows File Explorer remove the file name to check what’s inside that folder. Do you see the “_flop” images there? 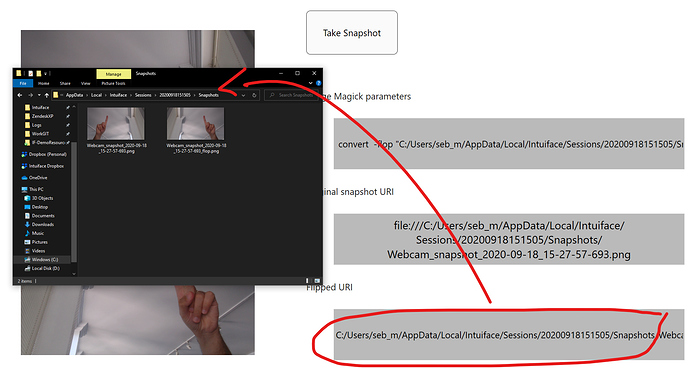 Note: to make sure you receive a fast answer for such questions, I recommend you to contact our support team for your next questions.